hannah gorsegner is our hero. on wednesday night at the New York Stock Exchange, she followed through with a promise that has inspired NYC and beyond.  predominantly a lineup of wall street guys (including CNBC contributor, kenny polcari), hannah shaved her head to “inspire kids with cancer to be brave.”  moments before she took her seat in the shaving chair, the announcer handed her the microphone and she looked out at hundreds of adult attendees, gathered round (as well as a crowd of photographers + cameramen) and explained that “the day i found out my sister had cancer was the worst day of my life,” and that she planned to shave her red hair in honor of her sister natalie and all other kids fighting cancer.  while her proud, emotional parents and sister, natalie looked on, she sat on the stool and smiled confidently as her long red pigtails were cut off and the shaving began.  natalie was a little scared so they let her shave the first piece.

the event was a huge success raising more than $400k for Arms Wide Open, a foundation that focuses on the gravely under-funded pediatric cancers.  to donate or volunteer at their next event, check out the AWOCCF website or on facebook.

since natalie’s diagnosis over two years ago, hannah’s parents have started another hugely successful fundraiser called, “Will You Send Us A Dollar?” under the family’s pediatric cancer awareness facebook page, Infinite Love For Natalie Grace. 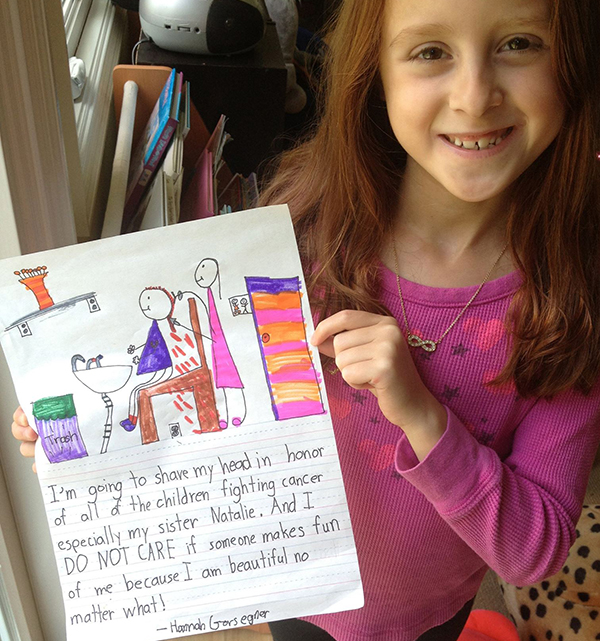 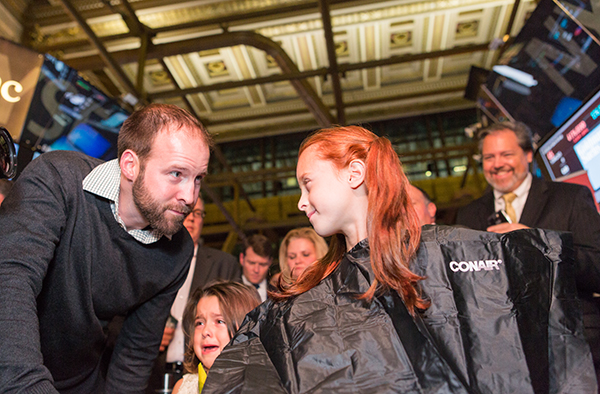 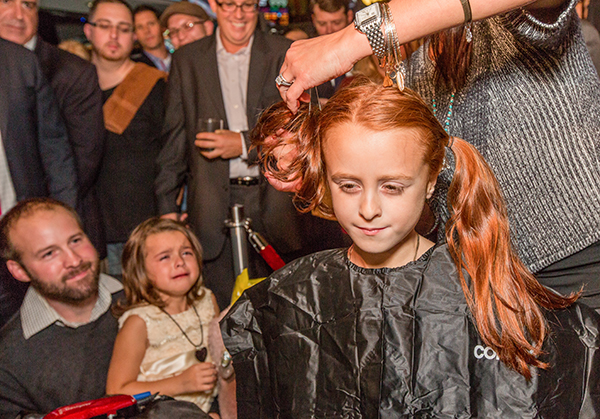 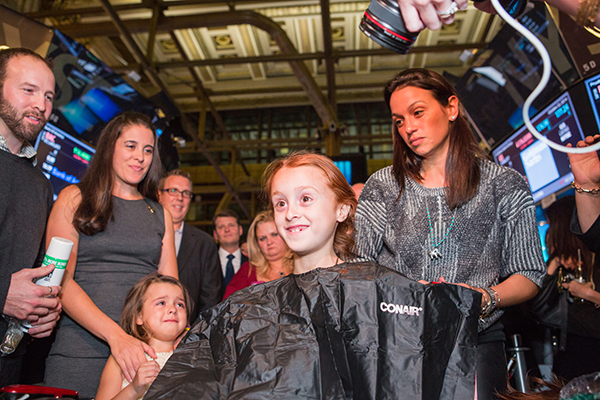 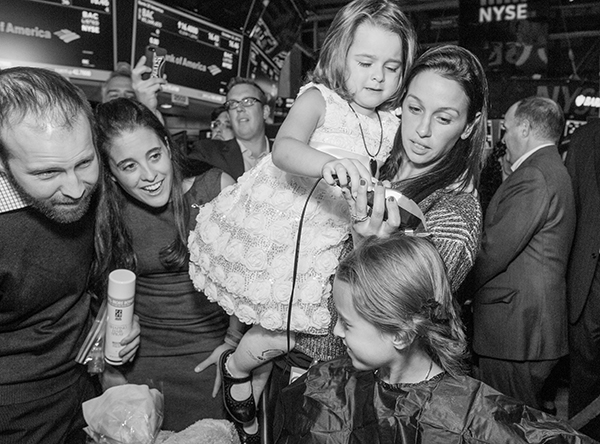 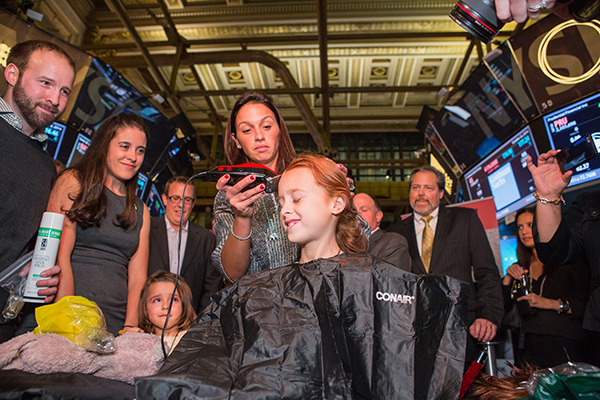 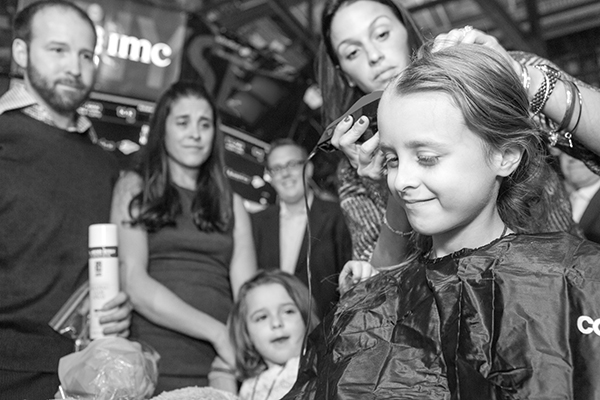 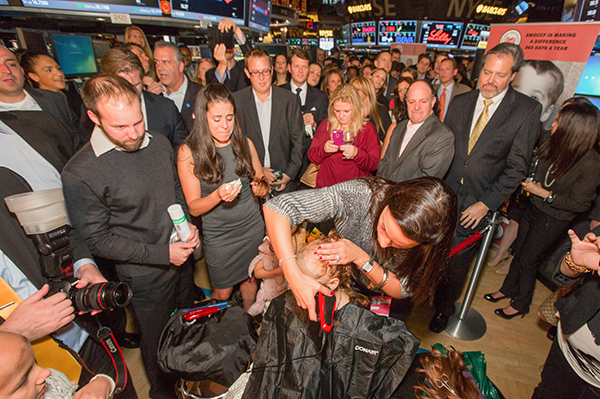 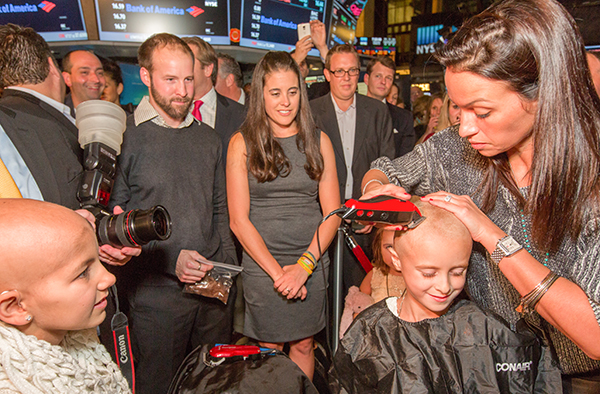 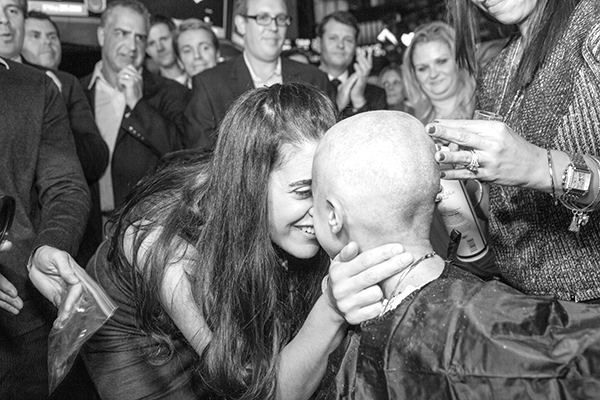 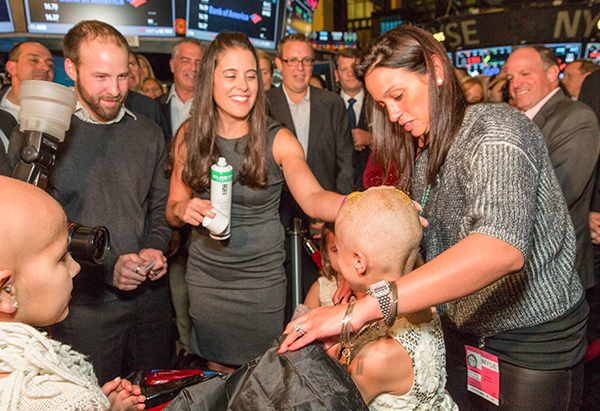 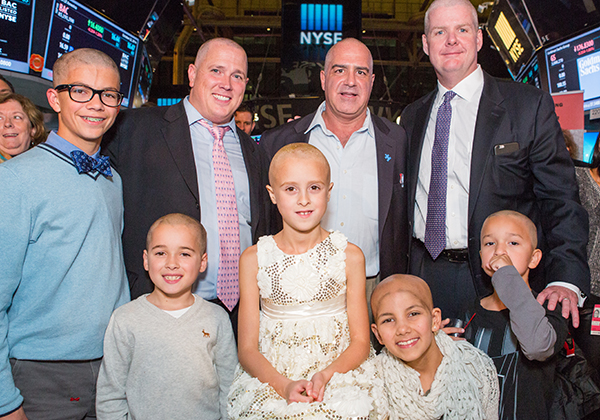